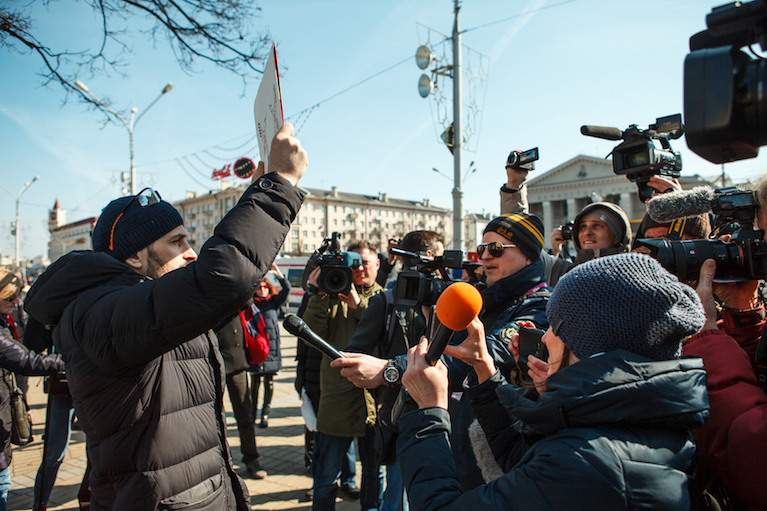 Scarce advertising revenue, competitive markets, and the continuing shift of advertising from traditional media to social media platforms continue to pose challenges to Europe and Eurasian media outlets’ sustainability. In many cases, media in the region have increased their reliance on government funding. The overall operating environment has also sustained a culture of self-censorship, as highlighted in IREX’s 2019 Media Sustainability Index (MSI) for Europe & Eurasia.

The MSI, now in its final year, scores the state of the media through five components including the legal environment for free speech, quality of journalism, plurality of news sources, media management practices, and effectiveness of supporting institutions. However, since the MSI’s 2001 inception, the way that information is produced, spread, consumed, and used has changed. In response, IREX developed a new methodology that aims to capture a modern era when people are simultaneously producers, transmitters, consumers, and actors in information.

The study shows that evolving advertising models have forced media across the region to pursue different revenue streams. While this has led to experimentation with crowdfunding and paywalls in places like Russia, it has also caused some reliance on state funding. In Serbia, one panelist said that the state advertising process is “clearly used as a way to control the media.” Panelists in Kazakhstan noted that some media outlets try to avoid government funding to remain editorially independent.

Government influences, public pressure, and fear of official punishment drives self-censorship across the region. The Armenia chapter highlighted that social media users verbally abuse journalists and bloggers online prompting them to avoid reporting on certain topics and people. Azerbaijani journalists’ self-censorship stems from fear of persecution and even imprisonment.