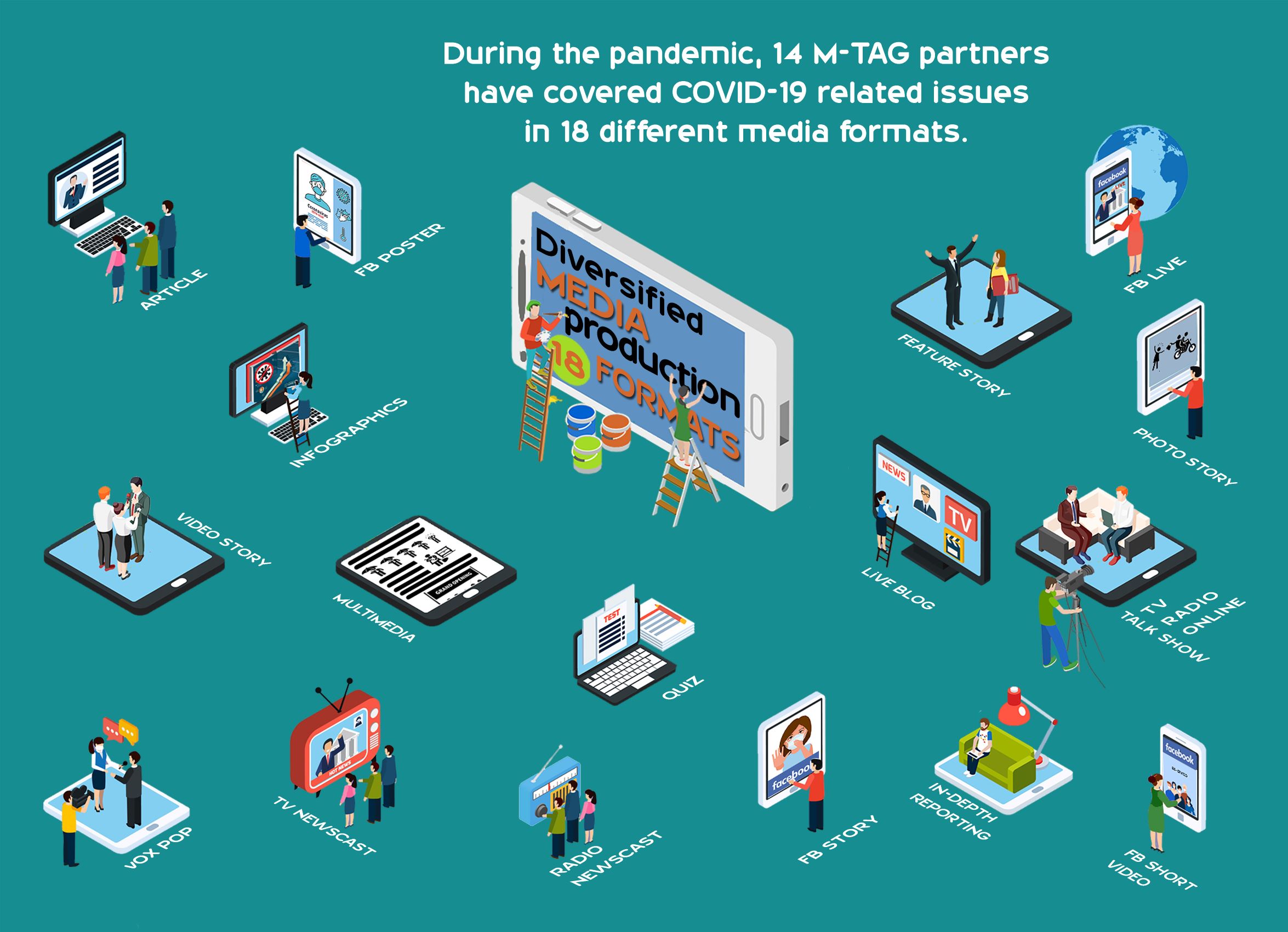 Georgia has felt the pandemic’s impact across the country. Throughout the crisis, the Media for Transparent and Accountable Governance (M-TAG) program has supported 14 local Georgian media partners to highlight community needs and provide their audiences with critical health and safety information about the pandemic.

Since 2014, M-TAG has supported local media outlets as they improve the public’s access to independent, reliable, and balanced information critical to good governance in Georgia.

As an alternative to the country’s polarized national media, local outlets are trusted by many Georgian communities. Citizens often give leads to local media outlets that, in turn, advocate for change by making social justice issues visible at a larger scale and promoting accountability for local governments.

When the pandemic struck, M-TAG recognized that COVID-19 posed unprecedented challenges for its media partners. In response, IREX developed a guide, “Reporting during the COVID-19 Crisis,” for the outlets to use. The program also supported its Georgian media partners in other ways, such as training them to prioritize personal safety while reporting during the pandemic, helping them adapt to teleworking, and equipping them with tools and resources to continue producing effective content outside of the studio environment.

During the pandemic, M-TAG’s media partners have produced stories that highlight inconsistencies in enforcing critical public health measures in their communities. Throughout the planning, editorial, and technical processes, IREX’s trainers assisted all partners to produce relevant, accurate stories of the highest quality.

Radio Marneuli—an online media platform that also broadcasts from its FM radio station—reported a story about a bus driver who let a passenger borrow a face mask and then asked for it back when the passenger disembarked, a dangerous decision given that public health officials advise against sharing masks. Local citizens and activists informed the radio station that because of their reporting, the Marneuli Oversight Service began to enforce public health recommendations on public transportation in the municipality more rigorously, including by issuing fines against drivers who did not comply with health safety regulations.

In a video story, TV Borjomi reported that four villages in the mountains lacked reliable access to health care during the pandemic, highlighting that no doctor had visited the area for over two months. The report included an interview with the deputy mayor, who promised the villagers that they would receive medical assistance. TV Borjomi’s reporting raised the alarm on a public health inequity that might have otherwise gone unnoticed by local authorities.

M-TAG’s partners also helped Georgian farmers who are struggling financially because of the economic impact of the pandemic. During the lockdowns, farmers cannot travel into cities to sell their goods. After Livepress.ge highlighted the  pandemic’s impact on local farmers, readers promoted these agricultural businesses through their social media networks, including information on where to buy their goods. Capitalizing on this campaign, some farmers began to sell their products through Facebook for the first time. Radio Atinati, another M-TAG partner, posted advertisements for the struggling farmers on its Facebook page, who were able to sell more goods as a result. “You cannot imagine how grateful I am, the biggest advertisement for me turned out to be [Radio Atinati’s] project,” explained a Georgian strawberry farmer. “My number of customers has increased, practically doubled. We have a home delivery service and there were no strawberries left.”

Batumelebi published a series of podcasts that featured 15 people living in poverty during the pandemic. Many of the interviewees had lost their jobs due to the lockdowns and were unable to afford basic necessities like food and rent. After Batumelebi aired the episodes, a local food import company contacted Batumelebi to offer food packages for the families, which the outlet gladly arranged.

During the pandemic, record numbers of Georgians have tuned into local media outlets, which generally offer more accurate information and are better tailored to the needs of each individual community. M-TAG’s media partners reported an average growth in audience of 85.5% from February to September 2020.

To reach different demographic groups such as youth, women, and ethnic minorities, M-TAG’s media partners experimented with new formats. Outlets increased their number of social media posts alongside traditional reporting to reach younger generations with key COVID-19 statistics and saw their number of Facebook followers increase by an average of 62%.

M-TAG’s media partners publish in other languages such as Abkhazian, Armenian, Azerbaijani, Ossetian, and Russian. This content caters to local communities that do not speak Georgian who would otherwise have no access to unbiased reporting—another example of the importance of local media partners during the pandemic.

IREX will continue to support its media partners as they expand their COVID-19 reporting. Some partners plan to produce more in-depth content such as talk shows and short documentaries. Despite the challenges that the pandemic has presented to the entire media community, M-TAG’s partners gained critical experience in crisis reporting, allowing them to rise to the challenge of extraordinary times and strengthen themselves for greater visibility and sustainability.

Media for Transparent and Accountable Governance (M-TAG) is funded by the United States Agency for International Development (USAID).