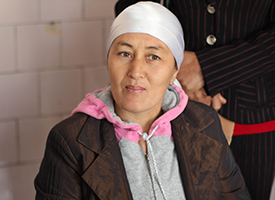 Since the Syrian revolution erupted in 2011, reports have emerged which indicate that the Syrian regime and some opposition groups have used sexual and gender-based violence (SGBV) as a tool of war.

The Syria Justice and Accountability Centre (SJAC) seeks to comprehensively document international law violations committed by all parties to the conflict, but concrete information about SGBV has remained scarce. Survivors fear coming forward to document their experiences, established survivor-support services are scarce, and human rights documenters do not have the capacity to ethically document these types of cases. Without documentation, it is difficult to promote redress for survivors of SGBV once the transitional justice process begins.

To remedy these gaps, SJAC has outlined steps for ethically addressing SGBV within its own work. This policy outlines SJAC’s commitments to focusing on gender and SGBV in its policies, methodology, and documentation practices.