Peter Boller has managed the Fulbright Distinguished Awards in Teaching Research and Short Term Programs as a Program Officer at IREX since 2018.

Peter has wide-reaching experience in both participating in and leading international educational and cultural exchange programs. Before joining IREX, Peter was a Fulbright English Teaching Assistant in the English Department’s Cultural Studies MA program at Sidi Mohammed Ben Abdellah University in Fez, Morocco.

Prior to his Fulbright ETA award, Peter lived in Strasbourg, France, for five years where he worked as an English Language Lecturer at the University of Strasbourg, while completing his MA degree in comparative literature and mastering French and German. Each summer while living in France and Morocco, Peter also assisted in leading Northeastern University’s Dialogue of Civilizations summer study program in Morocco, France, and the Netherlands. 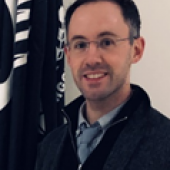