Michael David Tan is the founder of Outrage Magazine, the only publication for the LGBTQ community in the Philippines. Mick oversees the running of the webzine, which reports on LGBTQ-related issues. Under his leadership, the publication has diversified its services. It conducts research; helps people living with HIV access treatment, care, and support; conducts campaigns to increase awareness on LGBTQ issues; and hosts gatherings/events for LGBTQ people and their allies. Since returning to the Philippines, he has been developing Pink Ink, a training program that aims to empower student journalists to tackle LGBTQ-related discrimination happening in educational institutions in the Philippines. Pink Ink is part of #HateWatchPH, which reports LGBTQ-related hate crimes happening in the Philippines. 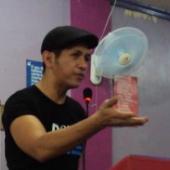