Jonathan Ferguson provides the overall vision and programmatic, administrative, and financial leadership for all aspects of the Fulbright Teacher Exchange programs.

Jonathan has nearly 20 years of experience in the field of international education. Prior to joining IREX, he was the Associate Vice President for Global Programs at the Institute for Study Abroad (IFSA) where he oversaw international education programming in 19 countries and 50 cities on 5 continents for more than 2,000 students a year. He also led the expansion of their global network, including building and expanding partnerships worldwide, and developing tailored programs with faculty, colleges and universities, and other educational entities in the U.S. and abroad.

Jonathan has spent significant time in India, both as head of IFSA’s India programs and previously as a David L. Boren Fellow in New Delhi researching the impact of urban development on population resettlement prior to the 2010 Commonwealth Games.

He holds a master’s degree in Urban Planning and Policy with dual concentrations in Globalization and International Planning and Spatial Planning from the University of Illinois at Chicago. 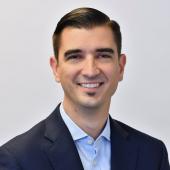