How policymakers can support the veteran community in Ukraine: Results from a veteran reintegration survey

How policymakers can support the veteran community in Ukraine: Results from a veteran reintegration survey

By
Nino Dgebuadze and Yuliya Solovey 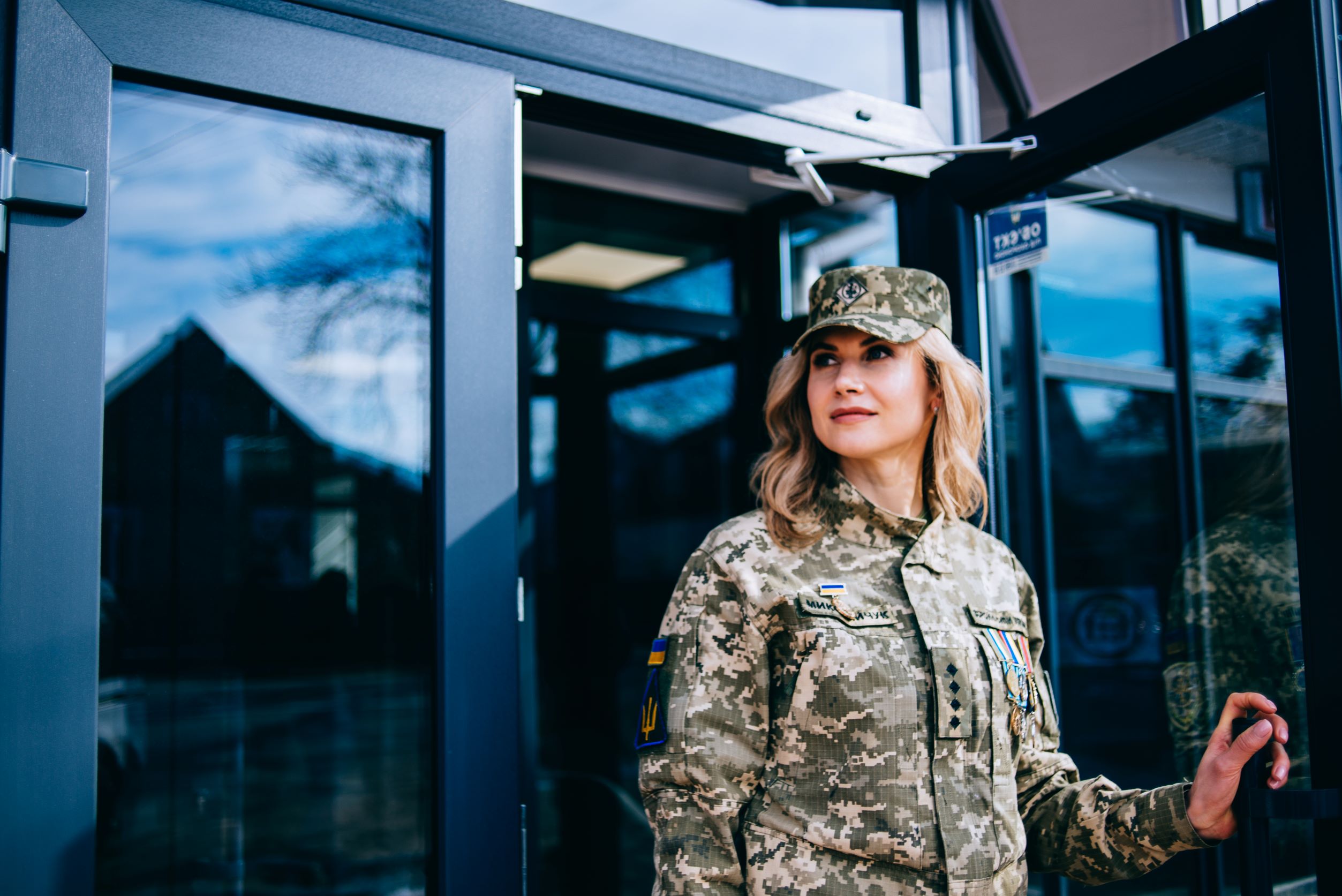 In collaboration with its local partners, IREX’s Veteran Reintegration (VR) program conducted year-long research about the veteran community and general population in Ukraine to assess veterans’ needs as a result of the conflict in the East. At the outset, our goal was to fill critical gaps in the research and provide a set of recommendations to the Ukrainian government, nongovernmental organizations, individual researchers, practitioners, and the broader veteran affairs and academic community. This piece offers recommendations based on the research, to help decision-makers support veterans’ reintegration into their communities.

An ongoing conflict in Eastern Ukraine has created a surge in the number of veterans in the country who face many challenges after returning from active service. Among many other things, veterans are challenged with combat-related mental health issues, difficulty transitioning into civilian employment, and feeling excluded from the community. These problems often lead to frustration and disappointment, negatively affecting them and their families.   A lack of resources and holistic support systems prevent veterans to seek much needed access and care.

To understand how to support the veterans, the VR Program studied veterans’ livelihoods in areas such as employment, physical and mental health, benefits received, and social well-being. The study included structured surveys and twelve focus group discussions. We conducted extensive phone surveys among two target groups: veterans with the sample size of 1,905 using a snowball sampling method, and general population with the sample size of 1,700. By surveying the general population, we aimed to collect data to compare with veterans’ data to reach a better understanding of disparities and of the general public views of veterans.

Since conducting the research, we have shared the data and evidence with veteran support groups to develop policies, provide services, and enhance transparency.

1. Support veterans in transitioning to the workplace

According to the research, over 20% of veteran respondents lost a job following their military service—more than twice the national unemployment rate. About 40% of veterans expressed dissatisfaction with their economic situation and faced difficulties while searching for job opportunities. When looking for work, more veterans relied on family and friends rather than on career support services. On the other hand, veterans expressed interest in education, securing loans to start a business, and identifying skills and career paths. The research also showed that active-duty veterans generally fare better than non-active-duty veterans in job searches, incomes, and personal economic situation, which is important piece of information for policymakers and veteran support organization in designing services.  Lack of employment was one of the main challenges that veterans faced; without a regular job and steady income, veterans face even more challenges.

Reintegration programs should consider employment support at the center of its operations. Veterans should be provided with ample time and relevant education, professional development, and consultations with psychologists in collaboration with government institutions and international organizations. Career counseling efforts that are currently provided by civil society organizations could be further streamlined and made accessible to a broader audience using the information provided in the research reports.

2. Conduct a thorough review of benefits services for greater transparency and simplicity

Almost three-quarters of veterans reported that too much paperwork and bureaucracy created obstacles in accessing services. Poor service, complex procedures, and a lack of information about benefit types and how to access them also created a considerable roadblock for veterans. A thorough review of existing policies and processes is needed to determine whether they meet the actual needs of veterans, are accessible in digital format, and understandable for veterans. Having simpler and accessible policies for veterans will ease bureaucratic challenges that veterans experience. In addition, incorporating simplified policies into a nationwide tracking system, such as an e-registry, will allow greater transparency and address perceptions of corruption and nepotism. The research showed, that 87% of veterans are willing to use an e-registry to apply for services and the majority use the internet every day. An online database and digitization of the process would be an effective way to improve and maintain their access to benefits.

In addition to facing discrimination during their military service, female veterans often encounter stigma from the general population. For example, 66% of female veterans reported that they faced stereotypes and prejudices from civilians due to their gender. Decision-makers should support creating a positive image of female veterans in society by using various creative methods ranging from public education campaigns, short films, blogs, and community events celebrating female veterans.

4. Strengthen the capacity of medical professionals

According to the survey results, 71% of veterans experienced physical injury or acquired a disease due to the conflict. Veterans with actual combat experience from the conflict were 58% more likely to seek physical health care services. Unlike other injuries among the general population, combat-related injuries require special attention due to the associated trauma and potential complications in the future.

Accurate diagnosis, tailored treatment, and monitoring of potential complications of injuries are necessary. Developing protocols and guidelines and educating medical professionals on how to examine and treat combat-related injuries will significantly improve care provision. This will ensure that veterans’ medical histories and life experiences are examined carefully, leading to better diagnosis and treatment, and eventually better quality of life.

5. Create holistic integration programs for veterans and promote them through grassroots and informal networks

The survey showed that 56% of veterans experience difficulty reintegrating back into civilian life.  Factors such as psychological trauma, post-traumatic stress disorder, physical injuries, lack of employment, frustration, lack of sufficient services, and loss of connection with family and community, contribute to this difficult transition.

Reintegration programs need to use a holistic approach and provide support for all of the obstacles veterans face. According to the survey results, veterans have strong relationships with each other. For veterans to trust reintegration programs, the programs need to better coordinate with local networks of veterans. Reintegration efforts would be more successful if they are communicated through veteran leaders and veteran-focused grassroots organizations that are highly respected in the community.

This research was conducted by IREX in partnership with the NGO Veteran Hub. We would like to acknowledge and thank the NGO Legal Hundred for the support it provided during the recruitment of veterans in the research phase as well as Kyiv International Institute of Sociology for its efforts in the fieldwork, data preparation, and analysis.

The following reports describe each area of research in detail and provide actionable recommendations to the decision-makers in Ukraine: