Nada Alwadi, Bahrain, is a journalist, writer and researcher. She has been working in print media since 2003 covering politics and human rights issues in Bahrain and the Middle East. She holds a Master’s degree in Mass Communication with an emphasis on women's political empowerment in the media.
Alwadi covered the recent crackdown in Bahrain for several international media outlets including USA Today. In 2011, she was one of the recipients of the first James Lawson Award for Nonviolent Achievement by the International Center on Nonviolent Conflict. Alwadi also co-founded the Bahraini Press Association with other prominent Bahraini journalists; which focuses on defending local and international journalists who have been attacked or targeted by the Bahraini authorities. 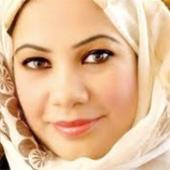