He has spent more than three decades leveraging his knowledge of federal budget formulation, presentation, and execution to contribute to effective global strategy and policy, international programs and operations, and issues of organizational management. He has been guided by practicality, America’s global leadership role, as well as a sincere appreciation for the contributions of the diplomatic, development, and national security communities to the betterment of our nation and the world.

Before joining IREX, Mike served as the U.S. Institute of Peace’s senior vice president for management and chief financial officer responsible for resources management, logistics and infrastructure, navigating peacebuilding through the mayhem of continuing resolutions and sequestration, and ensuring institutional best practices. He also served as acting executive vice president (2005, 2008–2009, 2011–2012) and director of organizational development, budget, and planning (2003–2005).

Prior to peacebuilding, Mike was a Department of State and U.S. Information Agency foreign affairs officer, helping to increase international mutual understanding through public diplomacy. He was chief of staff to the assistant secretary of state for Educational and Cultural Affairs (ECA) from 2001 to 2003 and special assistant to the under secretary for public diplomacy and public affairs (2001). Concurrently, he served as chief of ECA's Budget and Finance Division (1996–2003) and chief of program evaluation (1993–1997). From 1997 to 2001, he served in the financial reorganization of the foreign affairs agencies, and was ECA representative on the Kuwait/Gulf War Task Force, Departments of State and Defense (1990–1991). From 1984 to 1995, he served in various roles, including Fulbright program officer (1987–1992); in policy, planning, and evaluation (1985–1987); and on the editorial staff of the scholarly journal Problems of Communism (1984–1985). He previously worked in the private sector as a newspaper journalist.

As a member of the USG Small Agency Council of subcabinet, independent federal agencies, he served on the CFO Committee. He has held leadership roles on a number of boards and commissions, including the U.S.-Pakistan Bilateral Subcommission on Education and Culture (chair, Academic Exchange Committee) and the American Public University System (APUS) Board of Directors as chair, Academic Committee. He has held numerous adjunct faculty, and advisory roles in international studies, national security, defense management, women in international development, and citizenship education.

Mike is a graduate of the Air War College in national security and strategic studies and attended the Naval War and the Marine Corps Command and Staff Colleges, Foreign Service Institute, and Academy for International Conflict Management and Peacebuilding. He earned his bachelor’s degree in journalism and a master’s in international politics from Marshall University; a master's in military studies, APUS; and received his doctorate in interdisciplinary studies (organizational management, with specialization in national security), Capella University. Mike has written or contributed to numerous books and publications on organizational management, international education, history, culture, and medieval poetry. He has traveled extensively throughout Europe, the Middle East, North Africa, and Latin America. 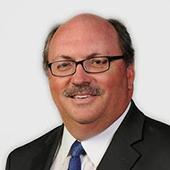