Since joining IREX in 2014, Kristin has led significant organizational transformation and growth, and worked with colleagues across the organization to increase impact. Signature initiatives include the development and execution of the IREX 2020 and IREX 2025  strategic plans; major new efforts focused on youth, education, leadership, independent media, and building citizen resilience to manipulative information; enhanced monitoring, evaluation, and learning; a complete rebranding; and geographic expansion into more than 100 countries.

Prior to joining IREX, Kristin served as acting president and executive vice president of the United States Institute of Peace, a Congressionally created organization that prevents, mitigates, and resolves violent conflict worldwide. While at USIP, she oversaw the launch of an online education initiative, increased use of technology in programming, expanded programming in Afghanistan, Pakistan, and sub-Saharan Africa, and the development of a five-year strategic plan that articulated a new vision for USIP.

From 2009 to 2013, Kristin was executive vice president and director of studies at the Center for a New American Security, where she oversaw the Center’s research and served as one of three members of the Center’s leadership team. She served as editor-in-chief of 110 CNAS publications during that period and authored significant studies on diplomacy and development, cybersecurity, U.S. global engagement, and violent extremism. Prior to joining CNAS, Kristin was a fellow at the Brookings Institution, where she directed the science and technology initiative of the Project on U.S. Relations with the Islamic World and authored studies on human development in the Arab world and U.S. public diplomacy.

From 1995 to 2008, Kristin held leadership roles at the George Washington University's Elliott School of International Affairs, including associate dean for strategy, research, and external relations and associate dean for management and planning. During her tenure, she launched three master's programs, ten certificate programs, a global network of university partnerships, the school's skills curriculum, and numerous educational programs for students, diplomats, and midcareer professionals from the public, private, and nonprofit sectors. A member of the faculty, she taught courses on U.S. public diplomacy, U.S. foreign policy, and the causes of war. She received an international affairs fellowship from the Council on Foreign Relations, enabling her to serve as special advisor to the under secretary of state for democracy and global affairs from 2005 to 2006.

Kristin is a member of the board of directors for the U.S. Global Leadership Coalition, InterAction, and Radio Free Europe/Radio Liberty. She serves on USAID’s Advisory Committee on Foreign and Voluntary Aid and twice served as co-chair of the Alliance for International Youth Development (2015-2017 and 2019-2021). She is a lifetime member of the Council on Foreign Relations and a former trustee of the American University in Cairo. Kristin received her MA and PhD in government from Georgetown University and her BA in international studies from American University. 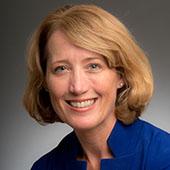