As a country director and regional representative, Alejandro Urizar is responsible for managing and progressing IREX's regional strategy in Central America and México. He is responsible for identifying business development opportunities and representing IREX to external stakeholders. Alejandro also builds relationships and potential partnerships in the region with stakeholders allied to IREX's values and principles. His priority is to position IREX as a regional benchmark in building a more just, prosperous, and inclusive world.

Alejandro has more than 15 years of experience elaborating, supervising, and implementing strategies, programs, and projects for local and international civil society organizations and international institutions. His experiences gave him extensive knowledge about democracy, governance, access to information, transparency, civil society, and citizen participation. He has worked with politicians, public officials, civil society leaders and donors focused on Central America, building and strengthening constructive relationships and encouraging engagement for more inclusive societies in the region.

Prior to joining IREX, Alejandro served as a resident director of the National Democratic Institute (NDI) for International Affairs in Honduras. He managed and supervised all the administrative, financial, and programmatic operations of NDI in the country as well as built and strengthened partnerships with local stakeholders and international institutions based in Honduras. From 2016 to 2018, Alejandro served as senior advisor and regional coordinator for the Americas in the headquarters of Transparency International (TI) in Berlin, Germany. He fostered communication and coordination between the national chapter of the region, represented TI in international forums and provided strategic analysis to the Secretariat in Berlin. Alejandro also served as a consultant and chief of the Electoral Observation Section at the Organization of the American States (OAS) in Washington D.C. between 2011 and 2016. As part of the OAS, he served as deputy chief, thematic expert, and general coordinator for the Electoral Observation Missions (EOM) in 17 countries in Latin America and the Caribbean. Alejandro started his professional career as a junior consultant in 2001 in a civil society organization based in Guatemala called Citizen Action (Acción Ciudadana). From 2008 to 2010 he served as executive director of Citizen Action, where he was responsible for fundraising, managing institutional resources, and coordinating collaborative actions across civil society groups on issues of transparency. 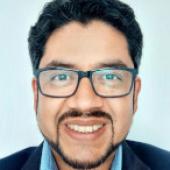