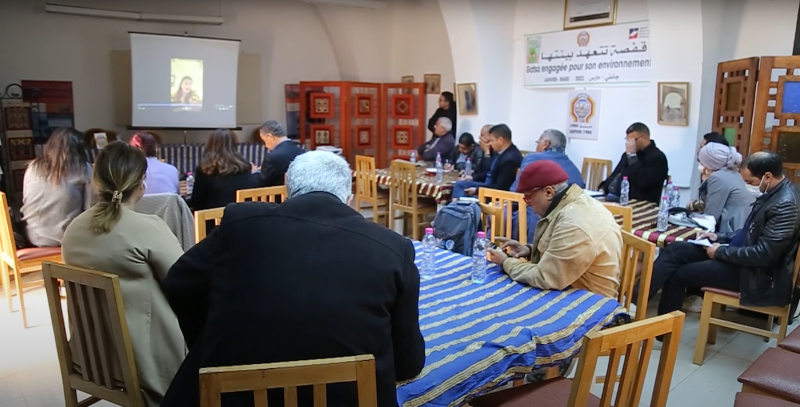 The southwestern region of Gafsa is simultaneously home to Tunisia’s highly valuable mining industry as well as the nation’s highest poverty rates. The extreme poverty and poor living conditions in Gafsa has led to constant unrest with protestors calling for the government to better regulate the mining industry to ensure people benefit from the lucrative phosphate found in the region. The constant protests have resulted in decreased phosphate production which has adversely impacted Tunisia’s entire economy.  Through the Encouraging Public Participation in the Near Eastern Affairs Region (EIPP) program, IREX worked with the Natural Resources Governance Institute to facilitate youth-led civil society organizations in Gafsa to deescalate the conflict through direct dialogue and engagement with protestors.

Since 2011 the government has tried and failed to remedy the “local natural resource curse” which is heavily impacting the socio-economic future of the local community and political stability.  In addition to this, the government lost its credibility in leading negotiations in the region because over the years they have signed many agreements with protestors and have failed to honor the commitments.  Since then, civil society organizations have stepped up to play the role of the mediator and enabled peaceful discussions around the phosphate issues in Tunisia. Civil society organizations are closer to the protestors and are trusted by the youth, more than public authorities at the national and local level.

Prior to EIPP, youth-led civil society organizations lacked the financial resources and technical capacity to play a role in resolving the conflict in the Gafsa mining basin. The program provided civil society organizations with resources, coaching sessions, and technical training on how to apply for grants and manage programs that they were running to ensure sustainability. EIPP engaged and empowered unemployed youth by developing the roadmap which outlined the strategic plan, such as the goals and desired outcomes of the project. EIPP facilitated workshops with government actors and the protesters which contributed to creating synergies between different civil society organizations and government actors. EIPP also raised awareness on the environmental and health impact of air pollution in the region by running a successful campaign which attracted media attention and influenced the youth.

As a result, civil society organizations are bringing divergent stakeholders together to build mutual trust and promote inclusive reform in the following ways:

Several international NGOs have expressed interest in EIPP's approach, which developed an evidence-based, long-term vision for the region, and created virtual platforms to facilitate structured and sustainable dialogue between stakeholders. For instance, the international nongovernmental organization Lawyers Without Borders is using the road map and the networks that the EIPP program established for “vision Gafsa 2050,” as the starting point for their work focused on natural resource management and mining governance in the Gafsa region.

EIPP provided the venue and facilitated constructive dialogue between 305 civil society organization representatives, 85 volunteers, the protestors and local government actors.  This resulted in improved mutual understanding, increased peaceful dialogue between these conflicting actors and unprecedented government participation such as a meeting with the prime minister in Gafsa. The open discussion improved socioeconomic opportunities and led to joint efforts with the youth groups to revive industrial areas across the mining basin delegations.

The National Resources Governance Institute observed that protesters’ approaches have been changing during the life cycle of the project. Even as protests continued to take place sporadically in Gafsa, they are less violent and less disruptive of phosphate production because of constructive dialogue and openness between all stakeholders. The alleviation of social tensions in the mining basin has resulted in increased phosphate production. The Ministry of Energy and Mines reported that production has increased to 3.7 million tons in 2021, as compared to 2.8 million tons in 2020. EIPP succeeded in building trust between civil society organizations, protestors and activists, bringing communities together to secure the inclusion of natural resources in Gafsa. All stakeholders are motivated to work together to empower civil society in the Gafsa mining basin.