Richard Schrader is IREX's deputy chief financial officer for budget and compliance. In this role, he provides management of IREX’s organizational budget and budgeting functions as well as oversight of the day-to-day finance, compliance, and accounting work in IREX’s more than 20 country offices. He also leads IREX’s financial review function for country offices.

Richard has worked at IREX since 2011 in a variety of roles. Prior to his current position, Richard supported IREX’s media and civil society portfolios as a senior budget analyst. In this role, he provided expertise in compliance, budget control, financial management, and startup and closeout on individual awards. He has also held various responsibilities in IREX’s Field Operations and Field Finance Units.

Prior to joining IREX, Richard worked on a number of community support projects around the United States as a volunteer with AmeriCorps NCCC from 2007 to 2008.

Richard earned his masters degree in European and Eurasian studies from the George Washington University Elliot School and also holds bachelor of arts degrees in international relations, economics, and Russian language from Michigan State University. He recently received a graduate certificate in accounting from the Harvard Extension School. 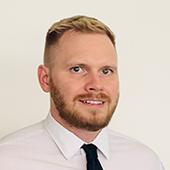