George Kogolla serves as the country representative for IREX in Kenya and East Africa where he is spearheads IREX’s efforts to empower youth, cultivate leaders, produce quality information and education, and strengthen communities in East Africa. Before his current role, George served as IREX’s bilateral funding lead, where he was responsible for growing revenue from non-U.S. government donors and led in the expansion of IREX’s portfolio of collaborative partnerships and programs designed and delivered with the support of these donors.

Prior to joining IREX, George was the director of programs and partnerships for the British Council in Kenya, providing oversight for programs in Kenya as well as leading business development across strategic business units. George led the development and implementation of key projects funded by development actors and private sector entities such as the EU, DFID, FCO, Tullow Oil, GIZ, and East African Development Bank, among others. He also developed partnerships with critical government and private-sector entities to support the work of the British Council in Kenya and the wider East Africa region.  George also served as the executive director for Carolina for Kibera, an international NGO based in Nairobi and major affiliated entity and program of the University of North Carolina at Chapel Hill. Earlier on, he cofounded a youth empowerment organization, Youth Alive! Kenya, working with young people in Kenya and across East Africa.

George holds a master’s of public administration in international development from the University of York, United Kingdom. 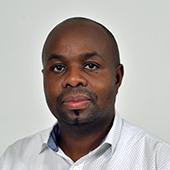