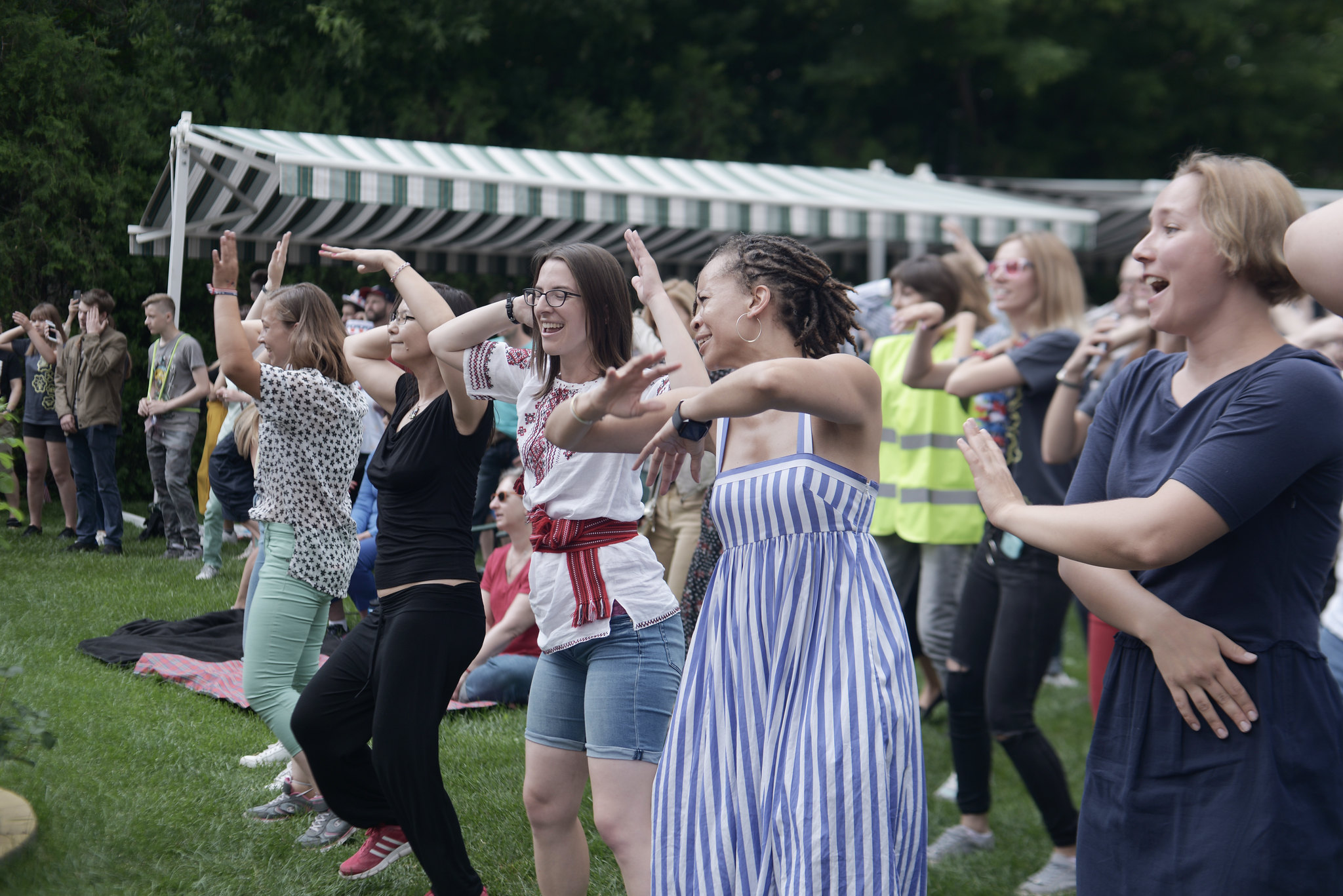 In Ukraine, IREX has launched the CYLA (Cohesion through Youth-Led Action) program, a $2 million activity funded by the U.S. Department of State’s Bureau of Conflict and Stabilization Operations. This two-year program aims to empower youth to support the integration of internally displaced persons (IDP) in Ukraine, increase community cohesion, and contribute to local and national integration plans.

Based on a positive youth development approach, the CYLA (Cohesion Through Youth-Led Action) project will make young people—both IDPs and non-IDPs—the drivers of change in their communities, leading to sustainable integration and increased stabilization. IREX will work in 15 communities across five oblasts of eastern Ukraine, targeting smaller towns with significant youth IDP populations and towns with displaced universities.

The program officially launched during an online event on December 15, 2020, bringing together guests such as Joseph Pennington, the acting deputy chief of mission for the U.S. Embassy in Ukraine; Iryna Bieliaieva, director of the Department of Youth Policy at the Ministry of Youth and Sports of Ukraine; and representatives from the State Department, IREX, the Stabilization Support Services, and other key international and local NGOs, as well as youth leaders from various communities in Ukraine.

“Meaningful integration of displaced persons into their adopted communities is key to Ukraine’s resilience in the face of Russia’s aggression,” said Pennington during the launch event. “Ukraine’s youth have the potential and capability to become a force of positive change and greater inclusivity, both today and in the pos tconflict Ukraine.”

Guests at the event emphasized the importance of the project and highlighted the potential of youth in Ukraine to create change. Christi Anne Hofland, acting director of programs for IREX in Ukraine, stated, “We are only as strong as our communities and our youth. Empowering local youth and enhancing community cohesion and cooperation lies at the heart of IREX’s work in Ukraine. Strong communities and empowered youth are vital for overcoming challenges at both the local and the national level.”

Representatives from the Ukrainian government also emphasized their commitment to youth and their support of the CYLA program: “Our young IDPs inspire us because regardless of the complicated life circumstances and conditions they have found themselves in, they are not sitting on their hands but are strong and active. We must support them… and this project will help us understand their needs and bridge current gaps,” said Iryna Bieliaieva from the Ministry of Youth and Sports in Ukraine.

The launch included open discussions between IREX and its implementing partner Stabilization Support Services. The partners discussed details about the program, including its potential impact on communities and Ukraine’s future. The online event concluded with a surprise live performance by RasSvet, a band that originated in the Luhansk region of eastern Ukraine. The bandleader is Andrey Sotnikov, a Ukrainian IDP.

IREX is implementing the CYLA program with the support of the U.S. Department of State’s Bureau of Conflict and Stabilization Operations in partnership with Stabilization Support Services in Ukraine.