Democracy at risk: How distrust is eroding the American way of life

Democracy at risk: How distrust is eroding the American way of life 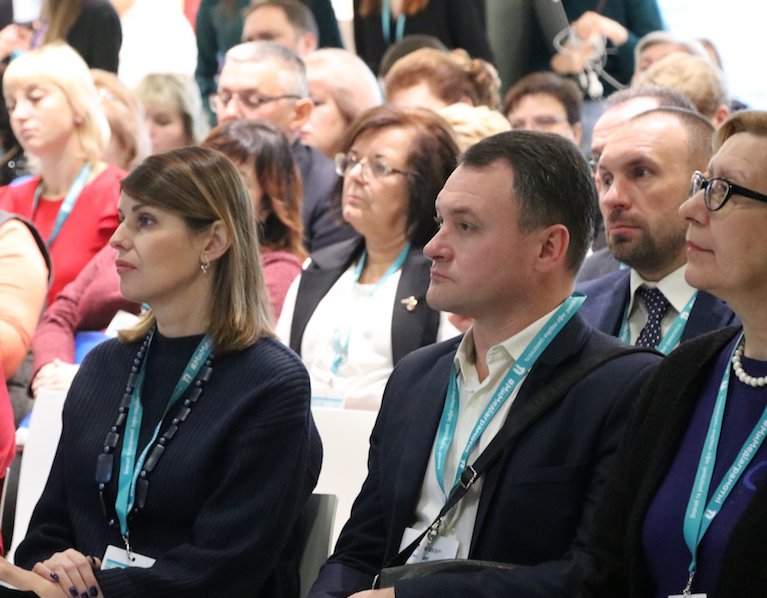 This article was originally published in The National interest.

The Gallup public opinion research organization reported recently that a mere 9 percent of Ukrainians have confidence in their national government. That’s the lowest confidence level in the world (for the second straight year). But if you think that makes Ukraine an outlier, then you are missing the bigger and more important picture: trust in public institutions is weak in many countries across the globe—including the United States, where trust in media, government and democratic norms have waned substantially in recent years. It’s a pervasive global problem that we can’t afford to ignore.

There are many reasons for this perfect storm of distrust.

First, over the last decade or more, the grip of elites on economic, political and social institutions has grown. Daron Acemoglu and James A. Robinson detailed in "Why Nations Fail" how long-simmering anger at elites that organized society for their benefit powered the Arab Spring uprisings.

Likewise, in many other developing and emerging market countries, getting an education, hospital care, police protection or other basic human services is often only possible when citizens offer bribes—again, something beyond the reach of most rank and file.

That leads to a form of anger over state capture, or grand corruption, which Robert Klitgaard has summarized in a neat formula as: corruption = monopoly + discretion – accountability.

Rising populist movements in countries such as Hungary, Poland, the United Kingdom, Italy, Germany and France—all members (for now) of the European Union—are feeding off of a similar resentment of elites. These elites appear to be gaining as more modest, working class citizens, are losing economic, political and social ground. And the discontent that plunged the UK into the chaotic and still unresolved process of Brexit was fueled by a sense that the EU has undermined Britain’s capacity to control its own borders and sovereignty.

In the United States, wealthier Americans can opt out of the comparatively plebian institutions of public schools (at nearly every level of education), Social Security, basic healthcare and, with elaborate legal avoidance schemes, taxes. Meanwhile, average Americans have increasingly taken prominent note of how the fortunes of the richest have risen much faster and higher than their own. Then there are the gated residential communities, their privileges on air travel and other supposedly public accommodations, and, in some high-profile cases, even relative impunity from criminal prosecution. There’s a very real sense that the game is rigged for the super-fortunate, who profit disproportionately from the hard work and public infrastructures that the less fortunate produce.

We also got to this place because of a tenacious mantra, which gained momentum when Ronald Reagan became president: that public institutions—especially government—are the problem. It became an article of faith for many to devalue the work of government officials, to “starve the beast,” or, as prominent anti-tax activist Grover Norquist, president of Americans for Tax Relief, famously put it, to “get [government] down to the size where we can drown it in the bathtub.”

Entwined with all this is globalism and widely held perceptions that elites care more about people in supply chains in other countries than in their own.

Many Americans support policies that emasculate free trade agreements, military alliances (such as NATO) and adoption of global environmental standards and that stem the flow of immigrants who appear to threaten native-born citizens economically and otherwise.

So instead of offering refuge to those whose lives have been devastated by conflict and chaos in places such as Syria, the Sahel region of Africa, Central America and Venezuela, some citizens of would-be host countries (often those with the resources to do so) view them as threats, invaders, burdens. As German Chancellor Angele Merkel and other world leaders have discovered, compassion has its political price these days.

What do we do about this?

We’ve heard this for years, but it’s true: we need stronger “civic education.” We need to help people understand what it means to be a citizen and make them better and more discerning consumers of the services public institutions provide. Civic awareness and public engagement are at historic lows. A recent National Assessment of Educational Progress, or NAEP, showed only 23 percent of eighth graders in the United States attained “proficient” status in civics.

At a very basic level, democracy is nurtured by constantly “co-opting” the youngest members of society. There is evidence that effective civic education, through schools and with broader community support and parental involvement, serves as the foundation upon which trust and early formative political and civic participation are built. We also have evidence from the Untied States and the UK that, more broadly, education has a causal relationship to multiple forms of engagement, including voter turnout, group memberships, tolerance, and the acquisition of political knowledge (such as being a regular consumer of news media).

While this may sound simplistic, finding and correctly processing information and general transparency builds trust in institutions. A 2017 social scientific study showed that, as people learn more about public institution, they form more nuanced perceptions of it that can lead them to distinguish it from other institutions for which they have little trust. Better provision of those services can make a difference. This means better infrastructure, more professionalism, more funding for greater capacity to deliver.

That’s where the role of taxes and the government come in.

There is a growing embrace these days in the idea that the private sector—business and nonprofit organizations—can and should play a bigger role in delivering the services everyone needs to survive and thrive. That accounts for the rise of corporate social responsibility activities, some of which do more to burnish the “do-good” reputation of the corporations than to do well by others, as Anand Giridharadas wrote in Winners Take All.

Private sector engagement in the delivery of public and social services is admirable and valuable. But, as Giridharadas argues, it doesn’t go far enough to bring about the sort of transformation the world needs.

Rather than farm public goods and services out to private providers, we must, instead, use governance mechanisms to achieve better outcomes for as many people as possible. When it has the resources, legitimacy and a sense of fairness, government is in the best position to make the kind of catalytic change that can lift all boats, not just those that are best positioned to rise higher than the others.

Restoring trust in institutions is also about resources. Aging populations in Western societies put enormous pressures on national budgets already strained by social protection systems. Without right-sizing expectations about these protection systems or significantly reforming them, it is almost impossible to direct resources to the needs of other deserving public institutions of central government.

The institutions of local government are increasingly seen as more responsive to their citizens. While we can debate the accuracy of this perception, it exposes them to increasing demands by citizens. These demands require resources, so they increasingly need to negotiate a reallocation of resources with cash-strapped central governments.

Small “d” democratic good governance may have fallen down the popularity ladder, but so much depends upon it. Pandemics, unemployment, violent extremism are complex phenomena. But all are enabled and left unresolved by weak governance systems. That’s one reason why, when the Ebola virus appeared in West Africa, for example, the countries with at least some basic government capacity to fight it were spared the death and devastation we saw in the lesser-prepared countries of Sierra Leone, Guinea and Liberia. The private sector can support the strengthening of these systems, but it is unable to do so directly. Good governance, in part, is about good government, a very old concept. But the part that is directly correlated with trust in public institutions is its responsiveness to citizens, its fairness, its transparency and its inclusiveness.

If you look across history at the polities that have had been more stable, prosperous, productive and enduring, you will see that they all had elements of good governance. In Renaissance Italy, many flourishing city states experimented with transparency tools; they hired professional city managers to minimize corruption. And there is mounting evidence that democracies, with citizen responsive institutions, consistently outperform autocracies in the developing world.

There are no quick fixes to the crisis of trust that is sweeping the world today. It was years in the making and fed by a variety of factors that went unnoticed or unattended for too long. But there’s also no excuse for continuously turning a blind eye to the global trust crisis. We must examine it before really have no options to undo its damage and strengthen the institutions that are essential to healthy, well-functioning societies.