Countering gender stereotypes with students through books and plays in Jordan

Countering gender stereotypes with students through books and plays in Jordan 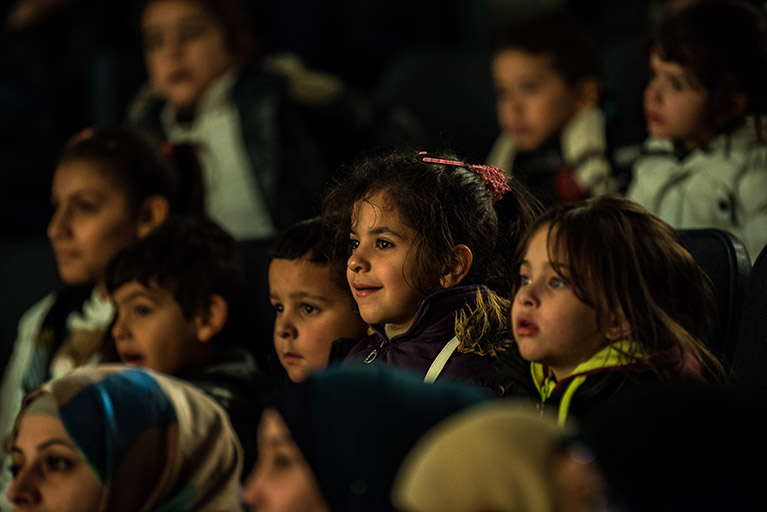 Children are exposed to gender stereotypes at a very young age. There are few gender counternarratives in Jordanian media, culture, or education. So the Haya Cultural Center and the USAID Takamol program jointly published a series of six children’s books and staged numerous performances to counter gender stereotypes.

Mahmoud Hind, a professional storyteller, traveled across the kingdom to read the new stories to children. The books and performances have reached more than 2,900 children, influencing the way they view themselves and others.

Children are incredibly susceptible to gender stereotypes and are constantly exposed to gender-biased concepts.

A USAID Takamol study of gender in textbooks found that male figures were frequently presented as powerful leaders while most females were restricted to domestic roles. Such messages have a profound impact on the emotional development of children, shaping their social growth and ambition from a young age.

One of the new books is My Tall Mother. Hind read it to a group of enthralled school children in the southern Jordanian city of Al-Karak. “My mother changes the light bulb without a ladder,” the story says, “and my father folds clothes and puts them in the bottom shelves.”

Creating stories with local writers and artists, based on current research

In order to broaden the perspectives of children and communities, the Haya Cultural Center developed the children's books in collaboration with local writers and artists based on current research in children's literature and gender stereotyping.

Each book tackles one main theme that explores a different aspect of gender. The themes include occupation, personality, domestic orientation, and physical and emotional attributes. 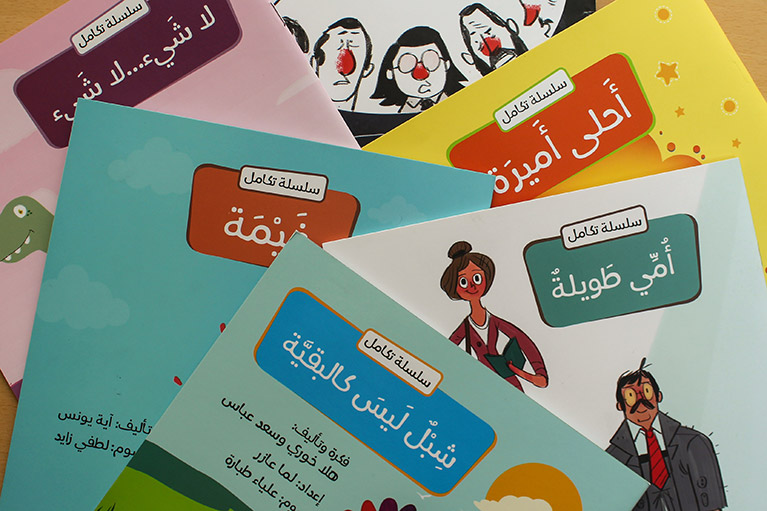 Following the publication of 500 copies of each book, Hind toured several governorates, including Karak, Zarqa, and Ajloun, to read the stories to school children. “The stories were incredibly well written, the illustrations were beautiful, and the overall quality of the books themselves was superb,” he recalled.

The books proved to be a creative tool for subtly prompting conversation about gender stereotypes among children. “The feedback and reactions from the children were great. After almost every reading session, the children almost instantly started talking about the stories to each other and sharing stories about their families,” Hind observed. He also noted that he was approached by several school principals asking where they could buy the stories.

Expanding the audience through plays and storytelling training

The initiative also developed two plays focusing mainly on combating gender stereotypes. A Cub Unlike Any Other and Sun and Moon were shown to almost 1,660 students coming from different governorates around Jordan, including Ajloun, Karak, and Zarqa.

Discussion sessions and focus groups were also held to create dialogue among 604 students between the ages of 10 and 17. They traveled from across Jordan to Amman to visit the Haya Cultural Center through their schools. The initiative received much positive feedback from schools and children across the kingdom.

USAID Takamol plans to build upon the Haya Cultural Center’s work by getting members of its National Youth Leaders’ Network involved. Members of the network will receive training on storytelling and copies of the books so they can hold storytelling sessions in their communities, increasing the reach to 4,000 or more children. These are important steps toward raising gender-sensitive individuals in Jordan as part of an inclusive society.

Funded by USAID and implemented by IREX, the USAID Takamol Gender Program is a five-year program focusing on mainstreaming gender at the policy, national, and community levels. The objectives of the program are to expand social dialogue on gender equality and strengthen enforcement and advocacy for female empowerment.