Prior to IREX, Roshan built a career around connecting global citizens to solve social problems across boundaries. He co-founded Amani Institute in 2010 and co-led the organization from an idea to an award-winning social enterprise with offices in Kenya, Brazil, India, and projects in more than 30 countries. Under his leadership, Amani Institute helped nearly 10,000 people from 70 countries step into or accelerate their careers in social impact. It also supported more than 250 organizations, from large global UN departments to small local businesses to increase staff capacity, motivation, and impact. He stepped down as CEO in 2021 but remains an active Board member. Based on this work, he co-authored the Amazon #1 bestseller The New Reason to Work: How to Build a Career that will Change the World in November 2021.

Prior to Amani Institute, Roshan worked with Ashoka for a decade, he designed and launched five new programs and managed two global projects, supporting over 500 social entrepreneurs known as Ashoka Fellows. He has also worked as an adjunct professor at Lynn University, and a strategy consultant for foundations and other social impact organizations.

Roshan serves on the Board or Advisory Council of several innovative education organizations worldwide, including Oxfam America, Watson University, TechChange, Design-a-thon Works, School of Future and Mithra Trust. From 2016 to 2018 he served on the World Economic Forum (WEF) Global Future Council on Behavioral Science. He was awarded a Leadership in Education award by the World Education Congress in 2017. In 2018 he was named one of the Asia Society’s “Asia 21 Young Leaders”, and a BMW Foundation ‘Responsible Leader’. In 2019 he was selected as one of  the DO School’s Top 25 Influential Leaders in Purposeful Organizations.

He delivered the Commencement (graduation) speech at the University of San Diego in May 2015 and TEDx talks at TEDxAmsterdamEd and TEDxBangaloreSalon. He is the author of Such a Lot of World, a novel, and Your Work Begins at No, a collection of essays on social impact education, and a chapter in the anthology Dream of a Nation: Inspiring Ideas for a Better America. He has been published in Forbes, the Stanford Social Innovation Review, MIT’s Innovations Journal, India Today, and the India Development Review. He has been interviewed by Fast Company, The Huffington Post, Vanity Fair, Forbes, and CNBC Africa, among others.

Raised in Bangalore, India, Roshan has studied and worked on every continent. He has a Master’s in Public Policy from Harvard Kennedy School, a Bachelor’s in International Political Economy from Davidson College, and a certificate in Creative Leadership as a founding participant of THNK: The Amsterdam School for Creative Leadership. He has guest-lectured or spoken at conferences at over 50 universities and other institutions around the world, including Harvard, Dartmouth, the World Bank, and the White House. He has also conducted workshops at leading organizations such as Vodafone, Oxfam, Deloitte and UNICEF. 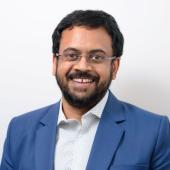