Neo Musangi is a gender non-conforming feminist academic, activist, and performer living in Nairobi Kenya. Neo is the co-founder and advisor at Iranti-Org, the Johannesburg-based Queer Media organization, and a member of Jinsiangu, the Nairobi-based, Intersex, Transgender and Gender Non-Conforming organization. Currently, Neo is the Humanities Research Fellow at the British Institute in Eastern Africa and responsible for designing and conducting independent research on topics such as gender and sexualities, war and militarism, urbanscapes, and toilet politics. Neo holds a bachelor’s of arts degree in Education from Egerton University, a master’s of arts in African Literature from the University of the Witwatersrand, and is currently a Doctoral student at the same university. As a Washington Fellow, Neo aims to use the experience and expertise gained during this Fellowship to continue making media through an internship program. The internship will focus on visual media with the aim of demystifying the lives and experiences of marginalized gender and sexual minorities as well as creating an evidence-based archive. Within this program, interns will acquire photography, video, audio, artistic, reporting skills as well as career guidance that will prepare them for the world of work. 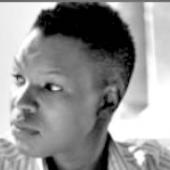