Jhono Bennett is an architectural urbanist based in Johannesburg, having been trained in Durban, Cape Town. He holds a master’s degree with distinction from the University of Pretoria. He is a recently elected Ashoka Fellow for Southern Africa. Jhono has worked with Architecture for Humanity on the Football for Hope Initiative, as well as the South African Shack Dwellers International Alliance. He developed a critical stance in regard to the fluid and dynamic role of design in South Africa's development during the Slovo Park Project, a student and community research and design initiative. Jhono is currently a collaborating leader of the postgraduate design research Unit 14: Radical Negotiations at the University of Johannesburg’s groundbreaking graduate school. He manages operations at 1to1: Agency of Engagement, a nonprofit that provides a design-based collaboration between grassroots organisations, professionals, academia, and government. 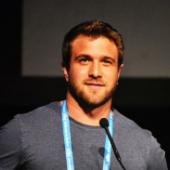