Jake has supported IREX’s Learn to Discern global media and information literacy initiatives since their inception in Ukraine in 2015, helping to adapt them to Ukraine's secondary school system as well as new country contexts, such as Serbia and the United States (Arizona). He is the primary Washington-based backstop for IREX’s current Learn to Discern initiatives in Ukraine and has been the compliance lead for the Supporting Independent Media in Syria program since 2016.  Jake also serves as the Information & Media Practice's liaison with IREX's Strategic Communications Unit. Since joining IREX in 2015, Jake’s portfolio has also included the seven-year, Bill & Melinda Gates Foundation-funded Novateca - Global Libraries Moldova program and projects such as Citizen Engagement and Reform Communications and the Citizen Media Literacy Project in Ukraine.

Prior to joining IREX, Jake helped manage a team of journalists in the newsroom of a Tunis-based media start-up and supported political transition and stabilization programming with USAID’s Office of Transition Initiatives. He also strengthened the Young Professionals in Foreign Policy's Research Fellowship Program as a volunteer editor, helping DC-based foreign affairs professionals develop their analytic writing skills and publish in outlets such as Foreign Policy, Huffington Post, and Business Insider.

He holds a master of arts in security policy and development studies from the George Washington University’s Elliott School of International Affairs and a bachelor of arts in international studies from the University of Illinois at Urbana-Champaign. Jake speaks Arabic, French, and some Spanish, and he is currently learning Russian.  He has lived in Jordan, Tunisia, and Egypt. 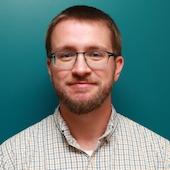