Ines is an economic opportunities program officer for the Ma3an program, focused on empowering Tunisian youth and enhancing community resilience.

In her role, she contributes to the development and implementation of the youth mentorship component, which focuses on training and empowering Tunisian youth from vulnerable communities.

Previously, Ines worked at Sousse University and Monastir University as a lecturer and a tutor. She also worked as a coordinator at Massar Association for Development, supporting projects that foster local and national socio-economic development, and enhance youth participation in policy and politics.

She participated as a panelist and discussion leader at the first MEPI Regional Summit, which took place in Rabat, Morocco from September 30 to October 4, 2019. She led panel and roundtable discussions on themes related to Youth Empowerment and Employment, Community of Practice, Positive Youth Development, and Youth Civic Engagement.

In 2018, Ines participated in Leaders for Democracy Fellowship program in the United States. The LDF was funded and organized by the U.S Department of State and the Middle East Partnership Initiative (MEPI), with the cooperation of World Learning and Duke University. It combined a four-week academic coursework at Duke University and an eight-week professional practicum in Washington, DC. During the practicum component, she worked with Sister Cities International on youth exchange programs which were funded by the Stevens Initiative Grant. She also led a successful workshop on the use of research projects in relation to civic action plans at World Learning in Washington DC.

Ines was also involved in cross- and inter-national projects including the first international Water Diplomacy Training for Young Professionals in Egypt (2017), the German-Tunisian project, “Tunisia in Transition” (2015), and an intercultural exchange project with students from the U.S., the U.K., and Tunisia (2014).

Ines has a bachelors degree in English language, literature and civilization and a masters of cultural studies.  In her thesis dissertation, she focused on nationalism in Scotland after the 2014 Independence Referendum. She is also a cultural studies researcher and a certified trainer focused on youth leadership, participatory governance, social accountability and intercultural intelligence. She speaks Arabic, English, and French. 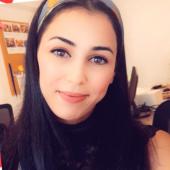