Emiljano Kaziaj is the program manager for the Learn to Discern program in Albania. He is responsible for program implementation, strategy, and oversight. The program is adapting IREX’s Learn to Discern approach into a massive open online course for Albanians.

Prior to joining IREX, Emiljano served as the media team leader for USAID’s Justice for All project in Albania where he led and supported several university and media-related activities, such as establishing the first investigative journalism MA program at the University of Tirana; mentoring Faktoje.al, Albania’s only fact-checking service; supporting journalists to publish investigative stories related to justice, corruption, and human rights violations; and supporting capacity building for journalism students in three regional universities. Emiljano was a full-time lecturer from 2017 to 2019, teaching courses in media and communication at New York University in Tirana. From 2016 to 2017, he served as an advisor to the minister of social welfare and youth, a role that included advocating for an updated code of broadcast for Albanian media to improve protections for children in the media.

In 2018 and 2020, Emiljano led two media monitoring projects and published reports on hate speech in online media that have been widely used by media actors, journalists, and media NGOs in Albania. In addition to publishing several book chapters and academic articles in highly ranked international journals such as Childhood, Journal of Applied Journalism & Media Studies, and Journal of Children and Media, he regularly publishes opinion pieces in leading Albanian news outlets on the media’s role in society. He also regularly serves as a trainer on ethical reporting of human rights issues with a focus on LGBTQI communities.

Emiljano holds a PhD in communication from Ghent University in Belgium. He also holds a master’s in public relations and a bachelor’s in journalism from the University of Tirana. 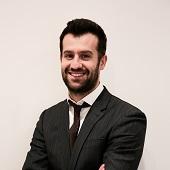