Cyrielle Gnignipoutya is a Cameroonian filmmaker who aims to popularize women rights through cinema. In 2014, she founded RaingouFilms, a production company. She has directed short films, such as "C’est pour bientôt,’ which won the Le stylo d’or de l’espoir award at the 2016 Yaoundé Short Films Festival. She also directed "Challenge," which was selected for many international film festivals and ‘Neighbors,’ which was featured in the Short Film Corner at the 2018 Cannes Film Festival. In 2015, she created the Limegbie project, which trains rural women to make short documentary films about their lives and civic engagement. She was recognized for her work with Limegbie by Connextions Citoyennes, an award given by the French Agency of Media Cooperation. She was one of fifteen young Africans to receive this award in 2016. In 2017, She founded Art au Féminin, a nonprofit organization promoting art made by women. Cyrielle has a master's degree in Private Law from the University of Yaoundé 2 and is currently pursuing and master’s degree in Cinematographic and Audiovisual Production at the University of Yaoundé 1. Upon completion of the Mandela Washington Fellowship, she aims to empower rural women and strengthen their capacity with her newly gained knowledge and experience. 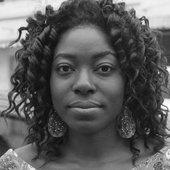