Davit Grdzelishvili is a deputy chief of party for the Media for Transparent and Accountable Governance (M-TAG) program. He leads implementation of the Regional Media Sustainability Initiative (RMSI) on the ground, in coordination with M-TAG’s chief of party.

Davit coordinates the work of M-TAG staff members in support of the program’s media partners, providing a high level of technical and editorial expertise. He contributes to training plans and materials, leads a component on citizen journalist’s engagement, selects and nurtures a pool of local trainers in the new media field to deliver training and consulting to M-TAG media partners, and guides and supports their work.

Prior to joining IREX, Davit worked in Palitra Media Holding as development and quality control manager and deputy editor-in-chief of the newsroom. There he successfully launched and led the holding’s converged newsroom—the first in the region. It included news production with several outputs such as internet television, web portals, FM radio, newspapers, and a news agency, incorporating innovative new media technologies to ensure that the output platforms could have the broadest impact.

Davit has worked in radio, television, and newspapers in Georgia for 20 years, publishing over 600 articles and preparing over 400 TV reports on politics, social issues, and education. He is well-versed in the skills necessary to enhance the ability of traditional media to integrate with new media technologies and tools and better reach their audiences. Under the USAID-funded G-MEDIA program, Grdzelishvili served as senior new media manager. Following the concept and strategy designed and implemented by Davit, 15 regional media outlets have successfully transformed themselves into multimedia and multiplatform companies. Davit has been recognized by his colleagues in Georgia for his journalism, winning prizes for his media reports and leadership. He has also participated in multiple international journalism exchanges and educational opportunities. 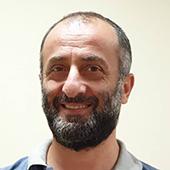