Benton is currently based in Cotonou, Benin where he has been consulting with local and international NGOs on issues ranging from organizational development, monitoring and evaluation, advocacy, institutional resilience, and business development. Before his move to West Africa, Benton was working as the environmental officer at U.S. Embassy Moscow where he reported on all aspects of the U.S.–Russia environmental relationship, and monitored treaty agreements on issues including climate change, the Arctic, Indigenous peoples, local environmental NGOs, commercial fisheries, migratory animals, forestry, and wildlife trafficking. During his tenure at Embassy Moscow, Benton also monitored, designed, and advised on U.S. Fish and Wildlife and the National Oceanic and Atmospheric Administration (NOAA) programming across the Russian Federation.

Prior to living and working in Moscow, Benton served for 5 years as the Middle East program officer to the U.S. Department of State’s Bureau of Democracy, Human Rights, and Labor (DRL). At DRL, Benton oversaw a $50 million programming portfolio where he developed, monitored, and advocated for programming to support the Unites States’ human rights agenda for the Middle East during the Arab Spring. Among other programming, Benton spearheaded efforts to document human rights violations in Syria, Libya, and Bahrain and garnered international support to stand up multilateral funding and political support for human rights programming in the Middle East.

Benton’s current role with IREX is not his first IREX job. He has worked on several different occasions in several different capacities for IREX and IREX/Europe. He started as a program manager in Azerbaijan and was promoted to be IREX’s regional director for education programs in the South Caucasus. He went on to work for IREX in Washington DC as a senior program officer and then with IREX/Europe managing a civil society mobile cinema project in Bangladesh funded by the British High Commission to counter violent extremism. Benton then launched IREX’s civil society programming in Iraq launching programming, leasing and setting up offices, hiring staff, starting IREX operations in Basra, Baghdad, and Erbil.  Interspersed with Benton’s work with IREX, he also worked for the International Rescue Committee in Afghanistan and as an independent consultant based in Istanbul, Turkey.

After obtaining a bachelors degree in both agricultural economics and international business from Purdue, Benton was an equestrian safari guide on the Nyika Plateau in Malawi and Zambia and then an agricultural business development volunteer in Nisporeni, Moldova. Benton has varying levels of language skills in French, Romanian, Russian, and Turkish. 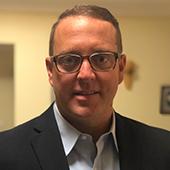