Alna Dall is a founding member of Namibia's Coalition against Gender-Based Violence (GBV). The Coalition is an alliance of 16 non-profit organizations and six individual human rights' activists. Currently, Alna works at One Africa Television where she is News Editor, Host of a current-affairs talk show, and Social and Online Media Manager. She uses her sphere of influence to identify and support those who regularly suffer from GBV. Alna organizes women's rights protests, petitions to Government, donation drives for the Coalition's beneficiaries and shelters, as well as funerals for victims of femicide. Alna plans to strengthen the Coalition into a political party that will represent the issues of women, children and gendered minorities at a policy- level, in the chambers of the Parliament of Namibia. 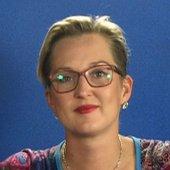