Alex Cole is IREX’s director of Strategic Communications. He brings more than 15 years of experience crafting strategies and executing communications campaigns for dozens of high-profile nonprofits, foundations, and government leaders.

He served as communications director for Congressman Harry Teague, who won a come-from-behind victory for a U.S. House seat in New Mexico, and worked as a community organizer for Democracy Matters. He holds a BA from Vassar College and a Master of Public Policy from the Harvard Kennedy School of Government. Currently an adjunct faculty member at Georgetown University, he teaches a graduate course on integrated communications and marketing. 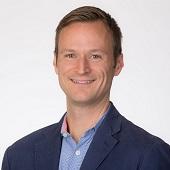