IREX is pleased to announce four new members of its Board of Governors: Aaron Williams, Aleem Walji, Becca Gong Sharp, and Wade Warren. Annette Richardson, Christie Vilsack, and Gary Knell will be joining the Global Advisory Council. These individuals were carefully selected to advance IREX’s 2025 strategy, which will be released soon.

IREX President and CEO Kristin M. Lord said, “We are proud to welcome these outstanding individuals to our board and advisory council. They bring tremendous insight and experience to support IREX in achieving our mission of a more just, prosperous, and inclusive world.” 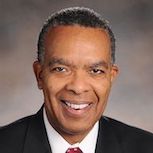 Aaron is a Senior Advisor Emeritus for International Development & Government Relations at RTI, where he provides expertise and support to strengthen RTI’s relationship with federal and state government agencies, policymakers, and elected officials. Mr. Williams joined RTI in 2003, as vice president of international business development. He served as executive vice president of RTI’s international development group from 2012-2015, and as executive vice president of RTI's government relations and corporate communications group. His career in public service and began with three years as a Peace Corps volunteer in the Dominican Republic. He served as a senior official at the U.S. Agency for International Development (USAID), where he reached the rank of career minister in the Senior Foreign Service. In 2009 he was appointed by President Barack Obama as Director of the U.S. Peace Corps, serving in that role through 2012. Mr. Williams is a member of the Council on Foreign Relations, serves on the Board of Directors of the Ron Brown Scholar Program, Seed Global Health, ChildFund International, and George Washington University – Elliott School of International Affairs’ Advisory Board. 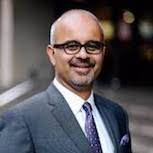 From 2015 to 2020, Aleem was the Chief Executive Officer of the Aga Khan Foundation (AKF) in the United States. AKF implements innovative, community-driven solutions to development challenge in more than 20 countries. Previously, Aleem was Director of the World Bank’s Innovation Lab. He oversaw a portfolio of programs related to Open Data, Big Data/Analytics and accountability in public service delivery. Aleem also led initiatives related to financial inclusion, youth engagement and peacebuilding in Muslim societies. Aleem also served as Head of Global Development Initiatives at Google.org. He led efforts related to transparency and accountability in government and supporting growth of small and medium-size enterprises in East Africa. Aleem is a graduate of Emory University and the Massachusetts Institute of Technology with degrees in Near Eastern Studies, Anthropology, and International Development Planning. Aleem also completed a program at MIT on artificial intelligence, blockchain, cloud computing, the internet of things, and cybersecurity. 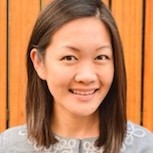 Becca Sharp is COO and partner at IDinsight, a data-driven international development NGO with nine global offices. She has helped to lead IDinsight through a sustained period of exponential growth, implementing organizational systems and people operations best practices tailored to the mission and budget of a nonprofit. Prior to joining IDinsight, Becca was a strategy consultant working for the Rockefeller Foundation and other large philanthropies. She has worked extensively in international development throughout Central Asia and East Africa, with specialties in impact evaluation, strategy consulting, behavioral economics, project design, and business development. Becca published an independent report for Evidence Action in East Africa on the feasibility of scaling a migration intervention to mitigate seasonal hunger. Previously, she managed reporting for 11 departments at the Aga Khan Foundation in Kyrgyzstan and cofounded a reproductive health NGO as a Peace Corps volunteer in Kazakhstan. Becca holds a bachelor’s degree with honors in social studies from Harvard University, an MBA from the Yale School of Management, and an MPA in international development from the Princeton Woodrow Wilson School.

Wade Warren is the Chief Strategy Officer for International Development at Deloitte Consulting. In this role, he leads strategic insight, provides thought leadership, and brings innovative technology solutions to U.S. foreign assistance and international development clients.  A globally recognized leader in international development, he previously served as the Acting Administrator of the United States Agency for International Development.  With 12,000 people and more than $25 billion in annual funding, USAID is the world’s largest bilateral aid agency.  During 27 years with USAID, Warren served in a broad range of senior management positions in the Bureaus for Policy, Planning and Learning, Global Health, and Africa.  Additionally, he was the Acting Chief Operating Officer of the State Department’s Office of the Director of U.S. Foreign Assistance.  Warren also served at USAID’s Missions in Zimbabwe and Botswana.  He received his undergraduate degree in history from Georgetown University’s School of Foreign Service in 1981 and his graduate degree in international business from the Thunderbird School of Global Management in 1990.  Throughout the 1980s, he worked as an analyst and speechwriter in the U.S. House of Representatives. 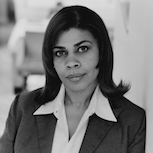 Currently a partner at Ambershore Group LLC, Annette is a versatile senior strategic advisor with a unique blend of corporate strategy and public affairs expertise, including extensive experience at the United Nations. Annette served as a Senior Advisor to the UN Office for Partnerships under the leadership of UN Secretary-General Ban Ki-moon and was instrumental in convening some of the most significant high-level dialogues related to public-private partnerships at the UN. Annette designed, curated, and implemented global multi-stakeholder policy, advocacy and outreach programs and campaigns in support of the UN Secretary-General’s global development priorities to achieve the Millennium Development Goals (MDGs) and the Sustainable Development Goals (SDGs). She is a former Special Advisor to the Executive Office of the UN Secretary-General for Sustainable Energy and remains a Special Advisor to the Under Secretary-General and Executive Director of UN Women. She was selected as one of 200 “Most Powerful Minds” by Forbes Woman in 2013 and 2014 and awarded the 2010 NAPW Professional Woman of the Year Award. Annette is a Fellow of the Tribeca Film Festival Disruptor Foundation and an Honorary Ambassador of the University for Peace. 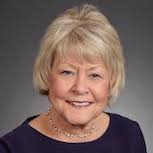 Christie Vilsack served the U.S. Agency for International Development as the Senior Advisor for International Education from 2013 to 2016. In that position, Christie supported USAID’s Education Strategy goals to improve children’s reading skills, strengthen youth workforce skills, and provide equitable access to education in crisis and conflict settings especially for girls. Christie has committed her life to education and public service. For 25 years, she taught secondary and college English and journalism. Her experience inside the classroom led to a focus on education and advocating for public libraries as Iowa’s First Lady, as a candidate for Congress in Iowa, and now as an education adviser for colleges and universities. Born and raised in Mount Pleasant, Iowa, Christie is a graduate and charter class member of Kirkland College in Clinton, New York. She earned a master’s degree in journalism from The University of Iowa. She and husband Tom Vilsack, former Secretary of Agriculture and now CEO and President of the Dairy Export Council, live in rural Iowa. They have enjoyed a lifetime of public service together and continue to support efforts to improve domestic and international education. 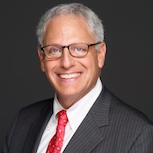